Over 200 million people subscribe to Netflix, spending an average of 2 hours a day consuming their content. The number of people watching is impressive, but the level of engagement is boggling!
Netflix successfully brought binge-watching to mainstream television. It took our appetite for TV shows and drama and fed us precisely what we craved. Amid the binging, Netflix is quietly using our hunger to influence our behavior in a way that no other channel can.

For example, did your impression of Facebook change after watching The Social Dilemma? Do you see the royal family in a different light after watching The Crown? Did you feel an urge to learn how to play chess last year?  The content you consume has a powerful influence, even if you don't notice it.

Netflix didn’t pioneer content marketing. They just perfected it. Content marketing has a long history that I think provides a fascinating insight into social psychology.

It all began when John Deere started printing The Furrow magazine back in the 1800s. They didn’t directly sell anything. They just gave farming tips, focused on the farmer’s problems rather than on John Deere's products.
4 million people started subconsciously watching John Deere control agriculture advice and steer the tractors of the future.

Soon after, the Michelin tire company released a book on where to travel and what hotels to use. The thinking was: the more people travel, the more they use the road; the more they use the road, the more tires they’ll need. And by then, the book will have solidified Michelin as a trustworthy provider. It was so successful that the businesses and hotels featured in the book expanded rapidly.
Even when radio arrived in the content marketing scene, the template never changed. Sears Department Stores plumbed the same agricultural advice but added musicals and comedy. They successfully positioned themselves as familiar, customer-centric, and trustworthy.

The subliminal marketing disguised as content became a matter of rinse and repeat. With a tinge of unabashed irony, Proctor and Gamble got in on the act, creating soap operas during the Great Depression. They leveraged a 15-minute radio drama called Ma Perkins to promote their Oxydol Powder.
Ma Perkins was giving customers the entertainment they wanted, rather than beating them with ads. Subtly, this built a soap empire and shaped radio and, later, TV by endearing their brand to their target market.

The beauty of content marketing that all these brands got right is to invite the customer into an intriguing story with one hand while graciously serving them your brand with the other. Everyone wins.
It worked for over a century, and when it made its way to the internet, it seamlessly went viral. Blogs, YouTube, podcasts, social media, and e-mail, are all bursting with marketing content.

While most are playing checkers, Netflix plays chess

The realization that Netflix was marketing to me started to grow in March of 2019 when the first season of Formula 1: Drive to Survive showed up in my recommendations.

I had lost all interest in F1 many years ago. It had gotten predictable. The same guy always won, and there was much less action.
Surprisingly, Drive to Survive ignored the two top teams on the grid and focused on the underdogs. They followed the teams fighting hard to score any points and struggling to pay the expensive bills of Formula 1. They gave the spotlight to the pilots fighting for a seat to race the following year.
This course of action was necessary because Ferrari and Mercedes declined to participate, but that's what made it so attractive. A soap opera on wheels at 300Kmh with struggle, strife, and drama.

After watching the Drive to Survive, I started noticing Formula 1 advertisements on my Instagram feed and suggested videos on YouTube. Was my phone watching as well?
Then I saw a billboard for the new F1 season on a bus stop. Suddenly, it hit me. No one was spying on my viewing habits. There was a multichannel marketing campaign happening, and I fit the target demographic perfectly. The Netflix series just happened to be the centerpiece of the campaign!

I had consumed nearly 10 hours of amazingly crafted content marketing, and now Formula 1 was back on my mind after 15 years of not giving a crap. Wow!
I let all this content marketing into my head. I welcomed it, and I yearned for more. Needless to say that I binged watched seasons 2 and 3 as soon as they came out. I know more about the sport (and its brands and sponsors) now than I ever did before. And do you know what is ridiculous? My reason for not watching it has not changed. Lewis Hamilton is still the undisputed champion, just as he has been in seven of the last eight years.

Netflix content isn’t just capturing our attention, it is steering it and influencing our behaviors. How many people have played chess in the past year because of the Queen’s Gambit?
About 1000% more, if you ask Goliath Gaming who are building chess boards and pieces far beyond the usual demand. Millions if you assess the new profiles created on Chess.com.

"In addition to titles with big viewership, we also aspire to have hits that become part of the cultural zeitgeist. In 2020 alone, we had ​Tiger King,​ ​Bridgerton​ and ​The Queen’s Gambit​. Not only did 62m member households choose to watch ​The Queen’s Gambit​ in its first 28 days (making this show our biggest limited series in Netflix history), but it ignited​ sales of chess sets​ and inspired the next generation of chess prodigies"

The timing of Covid-19 may have conspired to inflame the success of the Queen’s Gambit but chess is just a vehicle. It would be naïve to miss that the Netflix Effect and meme-worthiness can be targeted.
Netflix is leveraging its position to bolster and inspire female courage, rebellion, and leadership.

Earlier this year, I got the definitive confirmation that Netflix is a content marketing channel that I had been after. The Headspace Guide to Meditation showed up at the top of my recommendations. I was amazed!

If you have ever consumed Headspace's marketing content through their blog, newsletter, YouTube, or free lessons, you will immediately recognize their new Netflix series for what it is: Content Marketing!
Forget product placement and forget ads. The whole series is branded content promoting meditation under the Headspace umbrella. And people love it!

The Netflix trailer for 'Headspace Guide to Meditation' published in 2021, looks just like Headspace's YouTube videos from 2017 (removed soon after I published this article).

I always believed that good content marketing teams should be able to create something so good that people would pay for it. Not for the final product, for the content itself. Well, Headspace just did it in eight twenty-minute episodes.

B2B marketing often follows the trends of B2C marketing. The production cost and wide distribution of a Netflix series don’t feel natural for B2B content, but I wouldn’t be surprised if a cool B2B brand with deep pockets pulls a stunt like this in the near future.

It wouldn’t even be that hard. The blueprint has already been written for B2C with the likes of RedBull TV showcasing its brand through adrenalin sports. For the model to translate to B2B, the subject matter simply has to be interesting enough, which it will be.

Look at the advancements in AI, automation, machine learning, and other technologies. The world is dying to know more, especially when elections and Cambridge Analytics cast the spotlight on it.
The stage is set for a novel brand to demonstrate how technology can change the world. The Social Dilemma may have illuminated the dark side but how long will it be before businesses see the opportunity?

It is nearly the perfect cover. Every Netflix offering comes with inherent credibility thanks to the brand image, so the nonchalance of a B2B marketing effort will likely go unnoticed. It is just a matter of time.

The opportunity is now

As a society, we have a weakness for content. We are reliant on binge-watching shows and are the perfect targets for subtle influence. In truth, we are impatiently awaiting the next craze and direction from the biggest content marketing company on the planet.

Netflix has the power to influence millions of people in record time with virtually no resistance. No other channel can do this today. No other marketing tactic generates this level of attention and loyalty without somehow annoying people.

The opportunity is right in front of marketing teams with big budgets and a story to tell. Your job is to create truly remarkable content that captures the attention. Netflix will distribute it to the masses, and the people will thank them for it. It’s every marketer’s dream. 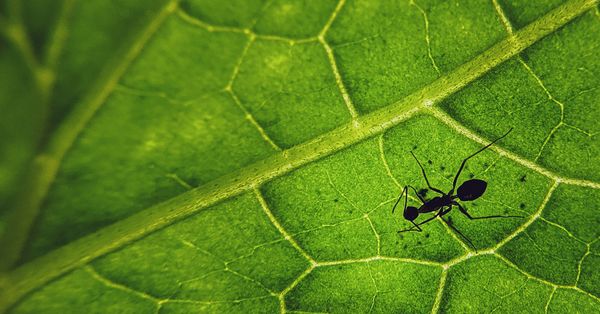 Understanding how systems work is invaluable, no matter what your goals are. Whether you want to create a better Marketing model or aspire to solve the global challenges that threaten our planet, Thinking in Systems is the place to start. 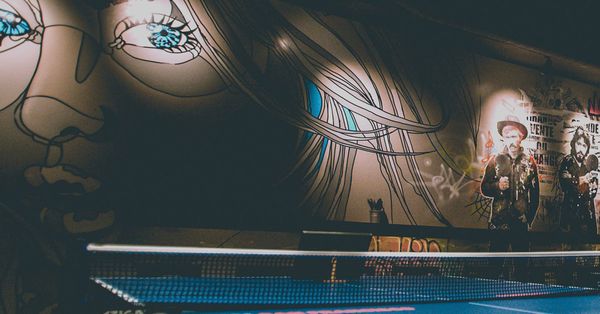